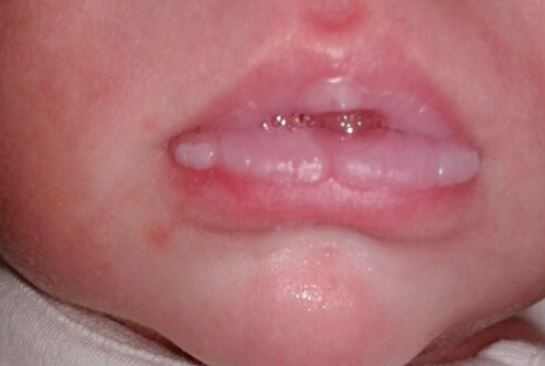 A milk blister can be painful and obstruct breastfeeding. What causes milk blebs and clogged milk ducts? Yeast infections, poor latching and breastfeeding techniques, pumping friction, teething and blocked ducts are all causes. Here are pictures and how to treat and get rid of nipple blisters from breastfeeding.

What is a milk blister or a milk bleb on nipple?

A milk blister (also referred to as a milk bleb or a blocked nipple pore) is usually just “milk under your skin.”  It usually appears when a small piece of skin on the areola grows over a milk pore or duct and causes your milk to back up and blister.

The blister is usually painful white, clear or yellow and appears as a dot on your nipple. The bleb only seems to cover one nipple opening or pore. It can be very painful to the touch and while breastfeeding or pumping.

Before you continue reading: Are you interested in relief in milk blisters? If so, we highly recommend checking Organic Moroccan Argan Oil. (Click here to see reviews on Amazon).

A milk bleb is not to be confused with a blister on the nipple caused by friction. This type of blister which may sometimes be a red or brown “blood blister,” can be caused by friction from baby’s improper latch or sucking or from the use of a badly fitting nipple shield or pump.

A white spot on the nipple may also be caused by an obstruction within the milk duct (as opposed to skin covering the milk duct). The obstruction might be a tiny, dry clump of hardened milk or a “string” of fattier, semi-solidified milk.

The first type of milk duct obstruction will often pop out from the pressure of nursing or manual expression, or can be gently scraped from the surface of the milk duct with a fingernail.

The second type can often be manually expressed from the milk duct; reducing saturated fats can help to prevent recurrence of this type of obstruction. Both of these types of milk duct obstruction are associated with recurrent mastitis.

Milk blebs and blisters are thought to be caused by milk within a milk duct that has been sealed over by the epidermis and has triggered an inflammatory response.

The elementary cause of a blister on areola when nursing may be superfluity of milk, excessive pressure on that area of the breast, or the other usual causes of plugged ducts. Latch, suck, and or tongue problems may contribute to blisters because of friction on the tip of the nipple.

Is it a milk blister or thrush? Could it be herpes? Thrush (yeast), can also cause milk blisters. Thrush occasionally appears as tiny white spots on the nipple, but can also appear as larger white spots that block one or more milk ducts. If you have more than one blister at the same time, thrush could be the prime cause.

Yeast is often accompanied by a “burning” sensation, and the pain tends to be worse after nursing or pumping (whereas a plugged duct generally feels better after the breast has been emptied).

Kelly Mom website describes it as an “an area of the breast where milk flow is obstructed. The nipple pore may be blocked or the obstruction may be further back in the ductal system.”

Incorrect latch and positioning, clogged nipple pore (by dried milk, clogged milk duct, milk composition (too thick and fatty hind milk) are all said to be the leading causes of milk blisters in pregnant and nursing women.

3. Milk blister on areola from pumping

The nipple and areola are the most affected with milk blebs, pimples and blisters. The main reason for these is badly fitted nipple shields or, if you are exclusively pumping, poor use of the pump. According to Livestrong, pumping breast milk usually causes “friction blisters on nipples and usually develops in response to incorrect positioning of the breast pump.”

Sore nipples or breast irritation often occurs when breastfeeding a teething baby. It is easy for your nipple to crack or form a blister due to trauma from the baby’s new teeth.

To prevent blebs and white blisters on your nipples, soothe your baby’s gums with a frozen cloth or teething toys. Teething babies are fond of biting their mothers’ nipples because they are trying to relieve the discomfort on their gums.

Other Symptoms of Milk Blebs and Nipple Blisters

Sometimes, it is possible to get a blister on your nipples and breast area even after weaning (after stopping breastfeeding).

It is easy to confuse it with something else such as herpes bumps. This often occurs within the first month of stopping nursing. In severe cases, see a doctor, especially if you see symptoms such as the following:

Cracked broken nipples and nipple blisters can cause blood in breast milk. This does not entirely mean that the milk blister bled, it only means that the blister caused the skin on the breast/ areola to crack up, hence the bleeding.

Finding blood in breast milk is nothing to worry about; it’s actually very common, especially in first time breastfeeding moms.

The blood cannot harm your baby since the blood consumed will pass through your baby’s digestive tract, as a bowel movement, therefore, you can continue to breastfeed.

Baby lip blister is a common problem found in the babies, especially those who feed on mother’s milk continuously. Although feeding is something that should not be stopped, however, these blisters should also be kept in check as they may become severe if not attended on time.

Most of the mothers tend to ignore these baby lip blister thinking that they are just another kind of common rash that will go away. Of course most of the blisters formed on the baby’s lips are not severe and tend to go away with time, yet one should not ignore the possibility of it being something more severe than what is being perceived.

There are various treatments and home remedies that can be used to get rid of a milk bleb or blister. While in most cases, home care and practices can help heal and remove the lesion, you should see a doctor for proper treatment. Here are the options to consider.

In case of a bacterial infection, your doctor will recommend an antibiotic to help clear the infection. This is common if the blister turned yellow or green. These colors indicate an infection in the nipple. Treatment must be sought to prevent passing the infection to the baby.

Use a small amount, just enough to cover the area, and apply after feedings.  The ointment does not need to be washed off before the next feeding, and it is safe for your baby to ingest the very small amount that will remain when he next nurses.

Use essential oil to get rid of a milk blister naturally

A clogged milk duct can also be treated at home with a home remedy using essential oil. Here’s how:

Lecithin is known to prevent milk from thickening or becoming sticky. Sticky milk causes clogged ducts and thinning your milk can stop and get rid of a plugged duct. This remedy is recommended if you are prone to blocked ducts when breastfeeding.

If you are using soy lecithin, “The dose is 1 tablespoon, 3-4 times/day; or 1 capsule (1,200 milligrams each), 3 to 4 times/day.” [Pumpstation.com]. Our favourite is Lecithin from NOW Foods (Check price on Amazon)

If you prefer liquid form, Lecithin Fearn by Natural Foods would be a great choice

Suggested treatment for milk blisters usually consists of four steps: apply moist heat prior to nursing, clear the skin from the milk duct, nurse or pump with a hospital-grade pump, then follow up with medication to aid healing. You may need to repeat this for several days (or longer) until the plugged duct opening stays clear.

An Epsom-salt soak before breastfeeding helps to open the milk duct opening and also aids in treating and subsequent healing.

What products do we reommend?

There also are traditional or natural remedies (home remedies) that are also quite as efficient. These include:

Argan oil is great at relieving milk blisters! This Moroccan plant oil is rich in Vitamin E and essential fatty acids, which is the lifeblood of healthy-looking skin. It is used to soften the blister skin and to heal the skin after the blister was gone. It softens, moisturizes, nourishes and antioxidizes skin.

Argan oil is very well absorbed. But when you apply it to the nipples, don’t forget to wipe it off before nursing.

How to Prevent a Milk Blister

Prevention as they say, is better than cure. It is often better to pre-empt the occurrence of something by providing early solutions than waiting for it to happen then have to not only treat it, but also endure the pains.

To prevent blisters on breast from happening, you need to eliminate all the potential causes (look at the list above). Work on the most common culprits first:

Because these blisters can easily be confused with other skin conditions, we have included a few images below for easy discernment.

This photo shows a breast with a milk bleb. This picture depicts a newborn baby with milk blebs.