Why Whiteheads on Eyelid (Upper, Lower Rim) & Getting Rid of Bumps

Whiteheads on the face can form on the lower rim or the upper rim. The bumps can be painful, itchy, and irritating, depending on what the underlying cause is.

Most dermatologists believe the bumps to be harmless, thus posing no risk to the general health of an individual. Here are some causes and treatment options on how to get rid of the bumps on eyelids.

By definition, a whitehead is a small, oil-filled bump that can occur on any part of your body. These bumps are also known as closed comedones. In most cases, the bumps are either painful or do they pose any health risk.

Whiteheads on the skin will form when dead skin cells, oil, and bacteria in the skin become trapped in the hair follicles. A good number of the cases of whiteheads are as a result of acne.

Acne is a common skin condition characterized by the appearance of inflamed or infected sebaceous glands. Acne will, in most cases, be accompanied by red pimple-like bumps, especially in the face. The condition is more common in teenagers and young adults.

Whiteheads on eyelids can be caused by an array of causes. Though the bumps are harmless, they can be annoying.

Some may irritate the eyelid giving the constant sensation of wanting to scratch the eyelids. Other symptoms would include swelling and inflammation of the eyelids.

As mentioned, closed comedones will appear when the hair follicles get blocked with dead skin cells, sebum (an oily secretion of the sebaceous glands) as well as with bacteria that occur naturally on the skin.

In most cases, whiteheads on the skin will appear as raised, skin-colored bumps. The formation of the whiteheads is triggered by the following factors:

Here are some of the possible causes of these bumps on the eyelid:

Also known as milk spot. Milia is the plural of milium, which refers to tiny bumps that appear across a baby’s nose or cheeks. These bumps are common in newborns but can occur to anyone regardless of their age. It is believed that you cannot prevent milia and that no treatment is required since most cases of milia clear on their own without treatment.

If milia cause the whitehead on your eyelids, then you need not worry. As said, milia are harmless and pose no health risk. Milia bumps can be managed and controlled at home. If, however, the bumps are becoming more annoying or causing a lot of distraction, you could choose to have them removed by a dermatologist.

Removal of these bumps is fast, painless, and will heal quickly for most people. Maintaining proper hygiene and using skin exfoliant might help minimize the chances of having the bumps. See you, doctor, if the whiteheads are growing large, they are becoming painful or also causing of itching and irritation on the eyelid.

A chalazion is a cyst that occurs mostly on the eyelid as a result of blocked oil glands. This kind of bumps occurs typically in the middle of the eyelid. These bumps can either be red or white; they are painless and will gradually come on over a few weeks.

A chalazion may occur following a stye or from hardened oils blocking the gland. A chalazion is so close to a sty that most people will often confuse one for the other. The difference between the two is that, unlike a sty, a chalazion is typically painless. Most cases of chalazion will heal within some time, without medicine or with simple natural home remedies.

In rare cases, a chalazion is said to be caused by skin cancer. If the whitehead on the eyelid is caused by chalazion, you will need to seek the help of a dermatologist. You also need to seek help if the bumps grow too large to the point that it could be blocking your vision. Most cases of chalazion will be shown by:

A drug or food allergy is the abnormal reaction of your immune system to a medication of the food you eat. According to the mayo clinic, any medication either over-the-counter, prescription, or herbal is capable of inducing a drug allergy. The allergy is, however, more likely with some medication.

Common symptoms of drug allergy are hive, rash, fever, or bumps on different parts of the body, including whiteheads on the eyelid. Drug allergy can also cause a severe reaction, such as anaphylaxis and organ failure.

Even though the bumps are common in older adults and those with high blood cholesterol, these bumps can affect anybody. The bumps can also affect any part of the body, including on lower or upper eyelid.

Whitehead on the eyelid or other parts of the body can thus be a good sign of high cholesterol levels. This is however, not a conclusive sign; you will need to have a physical diagnosis to confirm this, however. You will also need to see a doctor because cholesterol bumps could also be caused by specific types of cancer, diabetes, primary biliary cirrhosis, and metabolic disorders.

To treat cholesterol bumps on the eyelid, you need to identify and control the underlying condition causing the bumps. This would include such measures as lowering cholesterol levels or keeping metabolic disorders under control.

The possible cause of a whitehead around the eye is a sty. A sty is an acute infection that affects the secretory glands of the eyelids. In most cases, this kind of infection will result in the formation of red bumps on the eyelid.

There are a lot of small oil glands in and on your eyelids, dirt, dead skin, and oil will build up and clog these glands. This accumulation makes the glands more susceptible to bacterial growth and infection. With sty, they can occur both inside and outside of the eyelid.

Using expired or contaminated or shared tools to apply facial makeup could cause infection of the eyes. Makeups could also clog your pores leading to the accumulation of dirt, dead skin cells, and oil on the sebaceous glands. This is a common cause of painful and irritating skin bumps.

Other possible causes of whiteheads and other skin bumps on the skin will include the following:

Whitehead under the eyelid (lower eyelid) Whiteheads on lower eyelids can or cannot be painful. Most will stay rather small and barely noticeable, whereas others will grow, swell, and become even more painful. Here are some of the common cause of these pimple-like bumps:

Blepharitis is the inflammation of the eyelid. It is a common eye condition characterized by clumping and stickiness around the eyelashes. The cause of this condition will vary depending on the type. The condition can either be acute or chronic.

Eyelid cyst is a common bacterial infection that occurs when a pore on eyelid waterline or in rim become blocked and clogged. Since it is filled with pus and other content, an eyelid cyst will appear as an inflamed pimple.

The condition primarily affects adults between the ages of 30 and 50. It is also common in people who tend to blush and flush easily. Medication and good eye-care routine can help control the signs and symptoms of this condition.

Acne is another common skin condition known to cause whiteheads, closed comedones, or pimple-like bumps on the skin. It is a skin condition characterized by the occurrence of inflamed or infected sebaceous glands in the skin.

Just as on lower eyelids, whiteheads can also appear on upper eyelids. Below are some of the most common causes of the bumps on eyelids.

Use of expired makeups

Wearing hash and expired makeups could also lead to the formation of whiteheads on the face and on eyelids.

The whiteheads appearing on eyelids could also be caused by xanthelasma. Xanthelasma is a sharply demarcated yellowish deposit of fat underneath his skin. This accumulation is common around the eyelid.

Fatty lumps are neither harmful nor painful, they are, however, disfiguring, and the good news is that they can be removed.

A pimple on eyelid rim

A pimple-like bump appearing on the eyelid will most probably be a sty. A sty is a common eyelid bump – the most common cause of a sty is a bacterial infection of the oil glands in the eyelids. In most cases, it is round and appears close to your eyelashes.

Common symptoms of a sty are:

Giant papillary conjunctivitis refers to the formation of small-sized nodules on the inside of either the lower or upper eyelid. The condition is known to lead to a foreign body sensation, persistent irritation, discharge of watery mucus, and pimple-like bumps.

GPC is a common complication of wearing contact lens. That explains where the condition has also be called contact lens-induced papillary conjunctivitis.

How to get rid of whiteheads

Whiteheads, as mentioned, are annoying but not harmful. Since most are caused by conditions that can be prevented, simple measures can thus be taken to get rid of the whiteheads on eyelids. Below are some of the measures you could take.

How to remove eyelid bumps

Mild cases of whiteheads can be managed and controlled at home using simple natural remedies. They are, however, some types of these pimples or bumps that will call for medical and surgical intervention.

In such cases, medical and surgical methods become the quickest and the most surefire way to get rid of or remove the whiteheads. Some of the conventional medical intervention will include the following:

The most common form of antibiotics used for whiteheads is topical creams and ointment.

Surgery for large painful whiteheads on the eyelid

For large and pus-filled whitehead, surgical intervention is the easiest way to remove them. The incision needed to drain the bump will depend on the site of the bump. If the bump is inside the eyelid, then the incision s made internally, the opposite will be done when the bump occurs outside the eyelid.

Chemical peeling is mostly used for cases of milia. The procedure can either be categorized as light, deep, or medium. A light chemical peeling is used to remove the whiteheads appearing on the eyelid. This process should only be performed by a professional to reduce the chances of damaging the eye.

You need to see your doctor if:

For a mild case, you could try the following simple natural home remedies to remove the whiteheads and relieve the eyelid of other symptoms such as itching, pain, swelling, inflammation, and the irritation caused by the bumps.

A cold compress is the simplest and most natural way to get rid of whiteheads on eyelids.  When applied, a cold compress will help reduce inflammation, swelling of the eyelid and help relieve the pain that could be caused by the whiteheads.

Gently washing your face with mild soap and warm water will help keep your skin free from germs. Proper hygiene helps keep your hair follicles open, which prevents them from clogging with dead skin cells and sebum.

Avoid harsh soap as they could lead to more irritation and itching.

Apply a paste of honey 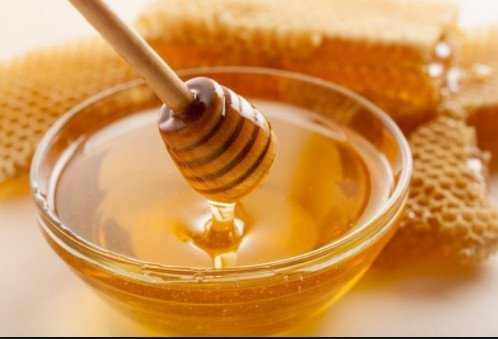 Raw organic honey is rich is medicine qualities. Honey contains anti-itching anti-inflammatory agents and antibiotic properties, among others. Honey is also rich in antioxidant and humectant properties, which make it an excellent remedy for milia on the face and eyelids.

You can also make a simple facial scrub by using sugar. To do so:

Other natural remedies you could use include the following